On February 19th, 2019 the Chinese internet giant Alibaba raised its stake in CICC, one of China’s leading investment banking firms, to nearly 5% for $231mn. This is the latest of a series of events which highlight the interest of Chinese tech giants in the fintech sector as a possible new market to drive growth.

It has been listed in the Hong Kong Stock Exchange in 2015 and, in 2017, it acquired CISC (China Investment Securities) to expand its business to small and medium-sized enterprises and institutional investors. Today, CICC is one of the most relevant Chinese investment banks providing M&A, equities, FICC, wealth and investment management services. The company is headquartered in Beijing, has more than 200 securities branches in 28 provinces in China and has a robust network of overseas activities thanks to the branches in New York, Singapore, London and San Francisco. The company has more than 44000 employees. 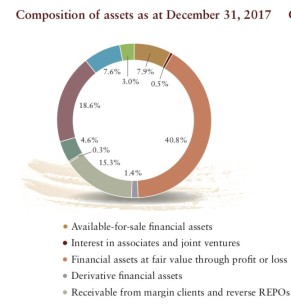 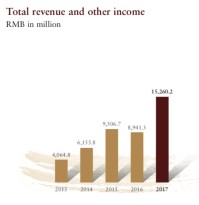 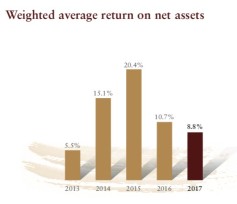 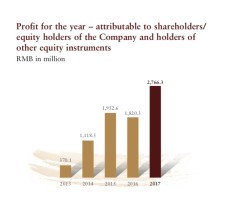 Alibaba (NYSE:BABA, $170.18 stock price, $441.36bn as of February 19th), founded in 1999 by the Chinese entrepreneur Jack Ma, is today one of the largest e-commerce company worldwide. The company was listed in 2007 on the Hong Kong stock exchange.

The company offers a wide range of services, from online marketplace to cloud computing and, more recently, digital payment services. The company has a wide range of brands under its umbrella: Alibaba.com (only trade platform), AliExpress (dedicated to international trade and customers), Alipay (dedicated to online payments), Taobao (the largest online platform in China) and Tmall.com (similar to Taobao).

The company has more than 66 thousand employees worldwide, revenues accounting for $ 39.8 billion and a net income of $ 9.7 billion (2018 data). 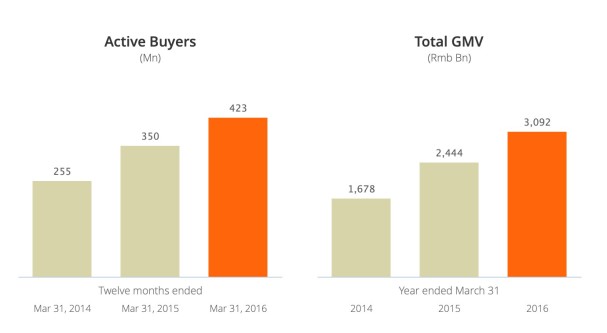 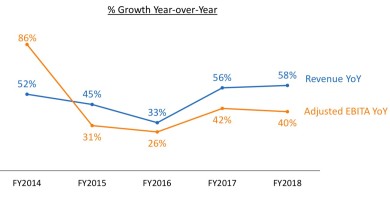 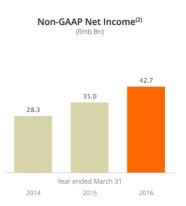 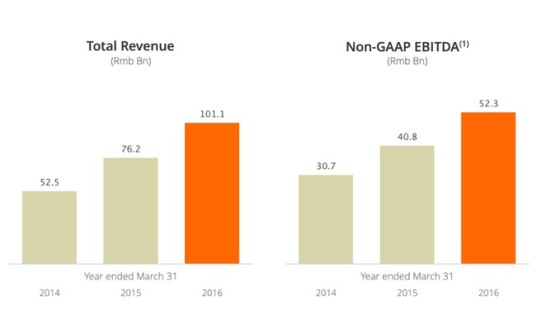 E-commerce is the activity of buying or selling products and services over an electronic network, primarily the Internet. Electronic commerce draws on technologies such as mobile commerce, electronic funds transfer, supply chain management, Internet marketing, online transaction processing, electronic data interchange (EDI), inventory management systems, and automated data collection systems. China leads the world in e-commerce. More than 40% of the world’s e-commerce transactions currently take place in China, up from only 1% about a decade ago.

Local Chinese tech champions such as Alibaba Group, Tencent and JD dominate a rapidly growing e-commerce ecosystem, mostly within China. Chinese consumers are mobile savy, so much so that even older generations are comfortable with mobile commerce and purchasing online to offline (O2O) services. The rapid development of this industry combined with a large and growing digital consumer base has fueled tremendous growth both domestically and abroad via cross-border trade. This unique environment is propelling innovations in commerce and digital trade, with China serving as a testbed for new ideas that will propel the future of the global e-commerce marketplace.

Here are five future trends to look out for in China’s e-commerce landscape: 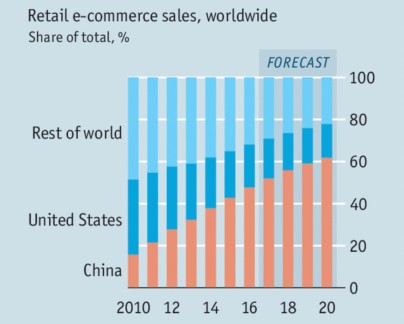 At the 2018 World Economic Forum Annual Meeting in Davos, Jack Ma, the founder and executive chairman of Alibaba Group said that nobody can stop globalization and therefore nobody could stop trade, One of the greatest indications of the role e-commerce plays in driving globalization is the amount of cross-border e-commerce between China and the rest of the world. The main drivers for e-commerce industry are mainly Chinese students and other travelers who demand type of goods which cannot be supplied by Chinese markets, also due to concerns around consumer and food safety, Chinese consumers are turning to cross-border e-commerce as a way to access trusted international brands. This is particularly the case for key product categories such as baby products, health and nutrition, beauty and organic food products.

It should also be mentioned that, future of e-commerce in China will increasingly occur in rural, inland regions where there is still tremendous room for growth. These rural consumers skipped the PC-era and use their mobile phones to access the internet and make purchases online. JD has announced plans to build 185 drone airports in Southwest China to use for deliveries. Alibaba, meanwhile, is in the process of scaling its “Rural Taobao” platform, including a recent $716 million investment in Huitongda, an eight-year-old rural-focused platform with 80,000 member stores in 18 provincial locations. As Alibaba and JD seek to reach this next wave of e-commerce customers, they are developing the necessary infrastructure as part of complex logistical networks, which is very much aligned with the Chinese government’s goals to develop the country’s rural west.

In many ways the future of e-commerce has already arrived in China, and yet there is still much more scope for its development as a result of large-scale, diversified investments being made by China’s tech titans. Advancements in e-commerce not only yield benefits for Chinese consumers, they also help address important areas such as infrastructure development, product safety concerns and cross-border global trade. Ultimately, China e-commerce is much more than simply a means for consumers to secure bargains on everyday purchases. It is an important driver of economic and social development that is powering transformational change across the country

The recent economic outlooks show that Chinese banks will keep going mobile — pulling the rest of banking sector along, too. In a stunning transformation of retail financial services in China, Alipay and WeChat pay now have well over a billion regular users of mobile payments and conduct two-thirds of all global mobile payment transactions. Western bankers who dismiss what is happening as unique to China are making a mistake. Consider how this Chinese trend has spread to, say, Finland. In 2015,  500 000 Chinese tourists visited Finland. That number is likely to balloon to 5 million this year, and the Chinese tourists are staying twice as long and spending three times as much. Thousands of Finnish merchants now accept QR code-based mobile payments. Elsewhere, look at how Chinese influence is changing mobile pay in Singapore (which is adopting QR for low-value payments) and shaping India’s through Ant Financial’s stake in market leader Paytm. With Ant Financial now worth $150 billion and scaling its transaction processing system to handle 100 billion transactions per day, it’s only a matter of time before the Chinese also reshape western banking.

Alibaba was likely to see these trends and therefore showed the interest to increase its stake in the industry; as the CEO of Alibaba said, the investment would help bring together the expertise of the two companies in areas such as finance, technology and data, and allow them to serve customers in a more innovative way. According to Forbes” A decade after the global banking crisis 2019 looks like it could be a year of tipping points in the evolution of the industry.”

Alibaba’s investment is the latest in the Chinese giant’s efforts to expand in the fintech sector, which has been booming as fintech firms partner with traditional financial services companies. With the investments from Alibaba and Tencent, CICC gets access to their data and advanced technology as it looks at new growth markets. Alibaba announced that the increased investment will strengthen a partnership that is long running. Meanwhile, CCIC is happy to have long-term investors and plans to work with them to explore fintech services based on advanced technologies.

CICC has earned a reputation for being the Goldman Sachs of China after leading a number of state-owned enterprises to IPO. Now investment management profit has overtaken that of wealth management, putting the division on par with investment banking itself, according to 2017 data. Alibaba said its investment in CICC will strengthen the longtime alliance between the two companies, while CICC said it is looking for partnerships to explore the financial technology services space.

China’s powerful tech firms have expanded aggressively into the booming fintech sector by partnering with traditional financial institutions. CICC which is the first joint-venture investment bank in China and also a leading player in the country’s financial industry has both experience and the ability to innovate. The two companies hope to be able to combine their expertise in fintech, data and other fields to bring to its customers a wider range of products and services to cater to their individual needs.

In recent years, Tencent and Alibaba have been competing fiercely in several areas, from ecommerce and entertainment to payments. Both have large investment portfolios in overlapping sectors — often leading to massive cash burn as seen in the battle waged in food delivery between Tencent-backed Meituan-Dianping and Alibaba’s Ele.me. It’s worth remembering that CICC also has a budding private equity business, CICC Capital, which according to its 2017 annual report, has a wide spectrum of businesses covering government venture capital funds, stock economic reform funds, U.S. fund of funds, U.S. equity investment funds, RMB equity investment funds and M&A funds.

This is not the only investment Alibaba is making in the fintech sector. Its payment affiliate, Ant Financial, signed a $700 million deal to acquire U.K. payments company WorldFirst earlier last month. That marks the biggest overseas transaction for Ant Financial, which has been in expansion mode as well. It is also the first big push by Ant to enter the U.K. market. Alipay, its digital payment service, is accepted at some merchants in the U.K.

Alibaba has raised its stake in investment bank China International Capital Corp (CICC) to 4.84%, bringing it close to the 4.95% level arch rival Tencent achieved when it invested $370m in CCC in 2017. The investment will make Alibaba CICC’s third-largest shareholder behind Tencent and Central Huijin, a unit of China’s sovereign wealth fund, China Investment Corp (CIC).

The internet giant bought 117mn CICC H-shares – as those listed in Hong Kong are known – at an average price of HK$15.50. The investment means Alibaba is now the second-largest stakeholder of CICC’s H-shares, with an 11.74% stake. Its arch-rival, social media giant Tencent Holdings, is the largest with a 12.01% stake. Singapore’s sovereign wealth fund GIC cut its stake in CICC’s H-shares from 7.64% to 0.87% on the same date and at the same average price as Alibaba’s investment, suggesting it is the likely seller in the deal.

The latest investment makes Alibaba the third-largest shareholder in CICC, above TPG Capital Management LP’s 4.10% stake in the investment bank, according to S&P Global Market Intelligence data. Singaporean sovereign wealth fund GIC Pte. Ltd. cut its stake in CICC by 117,085,435 the same day that Alibaba bought its new holding in the bank and at the same average price that the online retailer bought its stock in CICC.

The day after the announcement of the deal, the stock price of CICC rose by 5.8% while Alibaba’s stock didn’t move much; since then both stocks have recorded a modest appreciation and they are now exchanging at HKD 17.90 CICC and $180.65 Alibaba, as of March 15th. 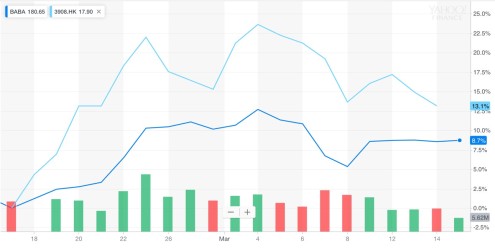